This is our Specialist course for Appsec Developers and is part of the AppSecOps course.

In this 2-Day Intermediate hands-on course delegates will gain an understanding of application security vulnerabilities including the industry standard OWASP Top 10 list and learn strategies to defend against them.

Pen testing (security testing) as an activity tends to capture security vulnerabilities at the end of the SDLC and then it is often too late to influence fundamental changes in the way the code is written.

The aim of this class is two-fold:

Throughout this class, developers will be able to get on the same page with security professionals, understand their language, learn how to fix or mitigate vulnerabilities learnt during the class and get acquainted with some real-world breaches, for example, “The Equifax” breach in September 2017. Various bug bounty case studies from popular websites like Facebook, Google, Shopify, Paypal, Twitter etc will be discussed explaining the financial repercussions of application security vulnerabilities like SSRF, XXE, SQL Injection, Authentication issues etc.

The application that the audience will interact with is a Shopping cart application built on a microservices architecture and deployed using docker. Microservices are built using different languages like Java, .NET Core, PHP, Python, NodeJS, HTML and JavaScript each containing different vulnerabilities that needs patching.However, the approach is kept generic and developers from other language backgrounds can easily grasp and implement the knowledge learned within their own environments.

Each Delegate will be provided a separate lab infrastructure that is accessible completely from the browser.Delegates will participate in a CTF challenge where they will have the chance to identify vulnerabilities in code snippets derived from real-world applications.

Overview Details Prerequisites Courses and webinars PDF How to Book

As it is critical to introduce security as a quality component into the development cycle, this course has been written by developers turned Pen Testers who can help you to code in a secure manner.

Pen testing as an activity tends to capture security vulnerabilities at the end of the SDLC and it is then often too late to influence fundamental changes in the way the code is written.

The class is a highly practical and we cover a variety of best security practices and in-depth defense approaches which you should be aware of while developing applications. The class also covers quick techniques which you can use to identify various security issues throughout the code review proces.

You will be able to:

Apart from the various tools and content around the course Delegates will also be provided with a 7-day lab access where they can practice all the exercises/demos shown during the course.

What you can take away from the course:

Who Should Take This Class?

Delegates need to have a basic understanding of how web applications work with an added advantage for those who currently develop web applications. This training is a programming language agnostic.

What you will need:

A Laptop with minimum 4 GB RAM and 1 GB of extra space is also required.

It is recommended that you complete one of the following courses before taking this course:

The Art of Hacking

This course is available directly from Claranet Cyber Security, please use the form alongside.

The course is also available from our partners listed below

If booked through Check Point, Cyber-Security Leraning Credits are accepted for this course. 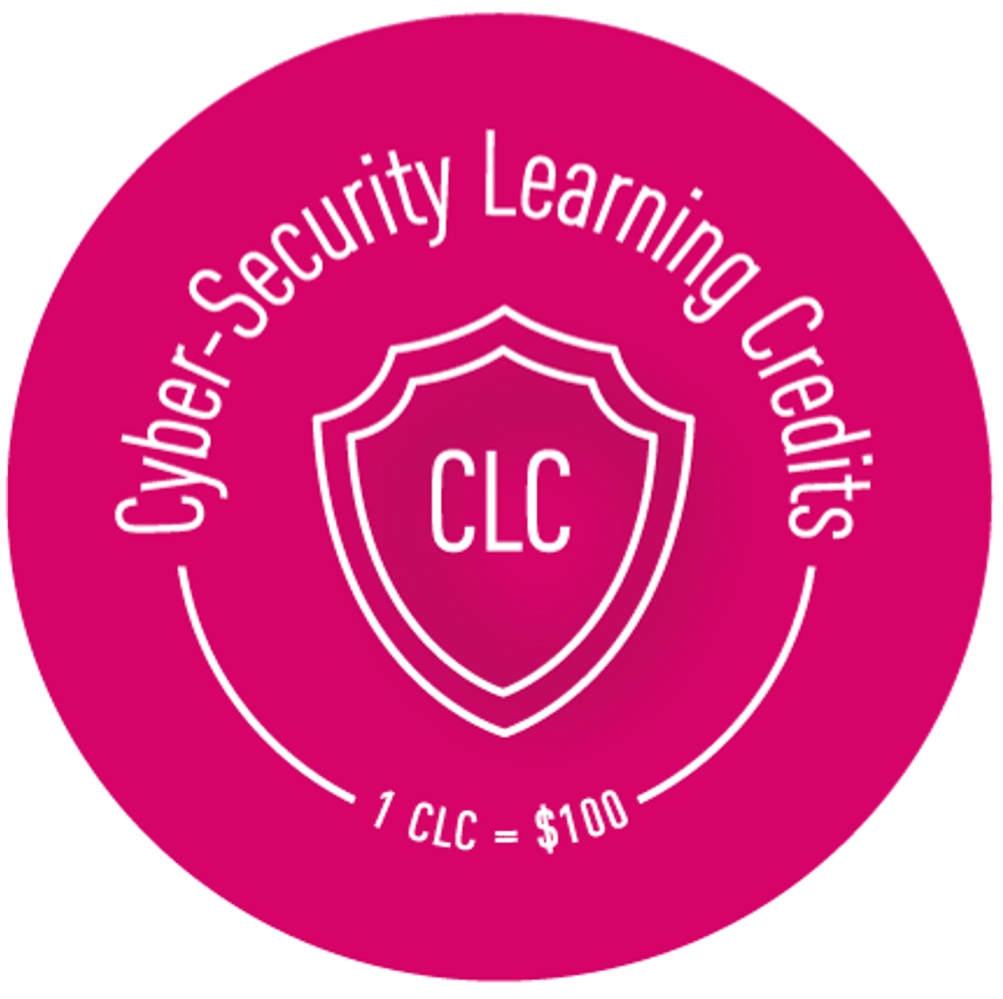 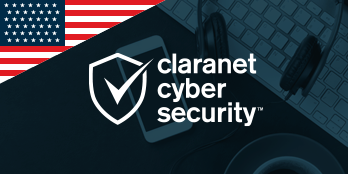 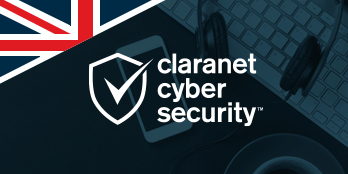 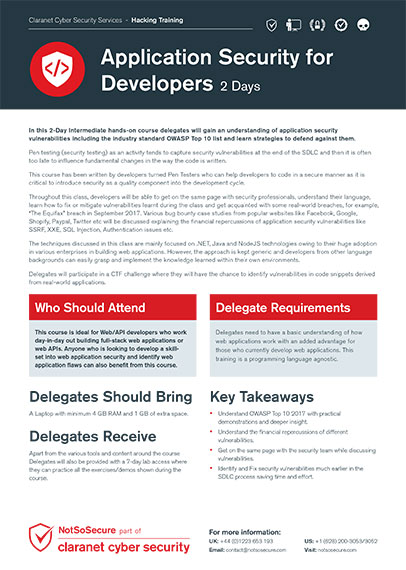 You can download a copy of the course information below.

In addition you will also be provided with a student pack, handouts and cheat-sheets if appropriate.

Hacking training for all levels: new to advanced. Ideal for those preparing for certifications such as CREST CCT (ICE), CREST CCT (ACE), CHECK (CTL), TIGER SST as well as infrastructure / web application penetration testers wishing to add to their existing skill set.

Giving you the skills needed to get ahead and secure your business by design. We specialise in application security (both secure coding and building security testing into your software development lifecycle) and cloud security. Build security capability into your teams enabling you to move fast and stay secure.

These trainings from NotSoSecure are world class (Black Hat Level) and truly worth it."

The trainer was very knowledgeable and paced the training about right - strong practical focus complemented the 'theory'. All in all very pleased with the training - and much better experience and value than any previous courses I have attended where the trainer was a generalist delivering to a 'script'."

The tools presented are excellent. It was good that there had obviously been a lot of work done on finding good tools for each piece of the course."

Thank you @notsosecure and @nullcon for the extensive training on DevSecops. Really engaging and a great learning session. Worth mentioning the material and the hands on-lab. Kudos to the team and their hard work for a smooth experience."